Vang Vieng Fest was organized on 14 -15 December 2018 at Lom Cave where the area was expand to be twice as big versus last year.

Around 150km from Vientiane, the charming town of Vang Vieng is the fantastic venue for the music and party souls who come to relax and steer clear of stress. Vang Vieng Fest (VVF) was first created in 2015 and has since grown bigger and bigger every year and has become the biggest Music Festival in Laos attracting thousands of music lovers to the event and crowd Vang Vieng Town. 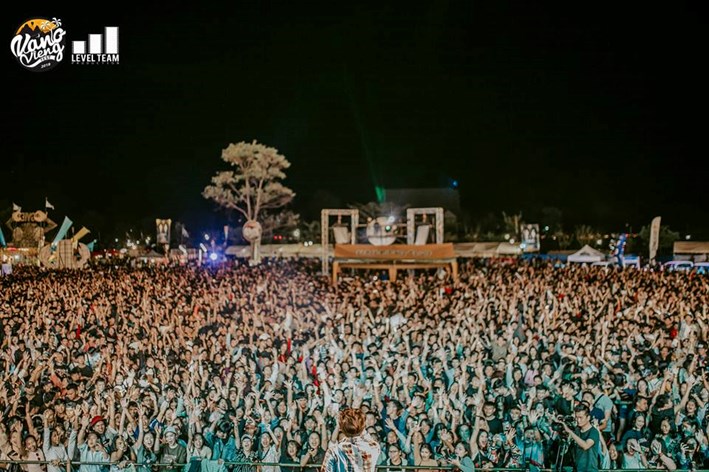 LBC has been a main sponsor of this music festival since it first started with Beerlao as a Presenting Sponsor took ownership of the main stage, Tuborg and Somersby as a Co-sponsors took ownership of Speaker Dom stage and Forest Stage respectively. The 2-day event this year received very good feedback and was much talked about, as the festival managed to create a real outdoor music festival atmosphere for party goes and music lovers. The event gathered more than 15,000+ people per day (come in and out), as music festivals are much sought after by the younger LDA crowds, who are always looking up to the international music festival scene (Thailand, Singapore, etc.). 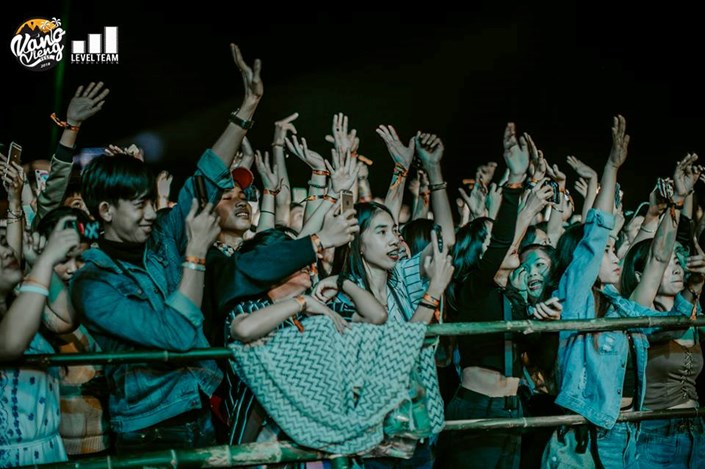 This year, Vang Vieng Fest was organized on 14 -15 December 2018 at Lom Cave where the area was expand to be twice as big versus last year. The concert decorated beautifully with lights everywhere – a great atmosphere at night time. There was a wide variety, amongst other things a premium food many kind from over the country, delicious barbecue and popular local food for consumers. This year the event was covered by leading Vietnamese TV. 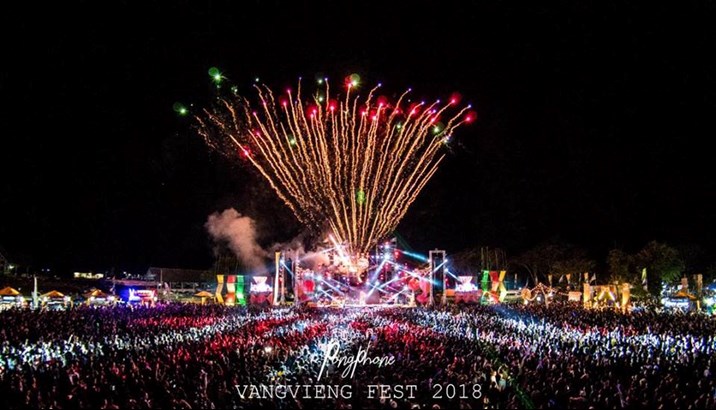