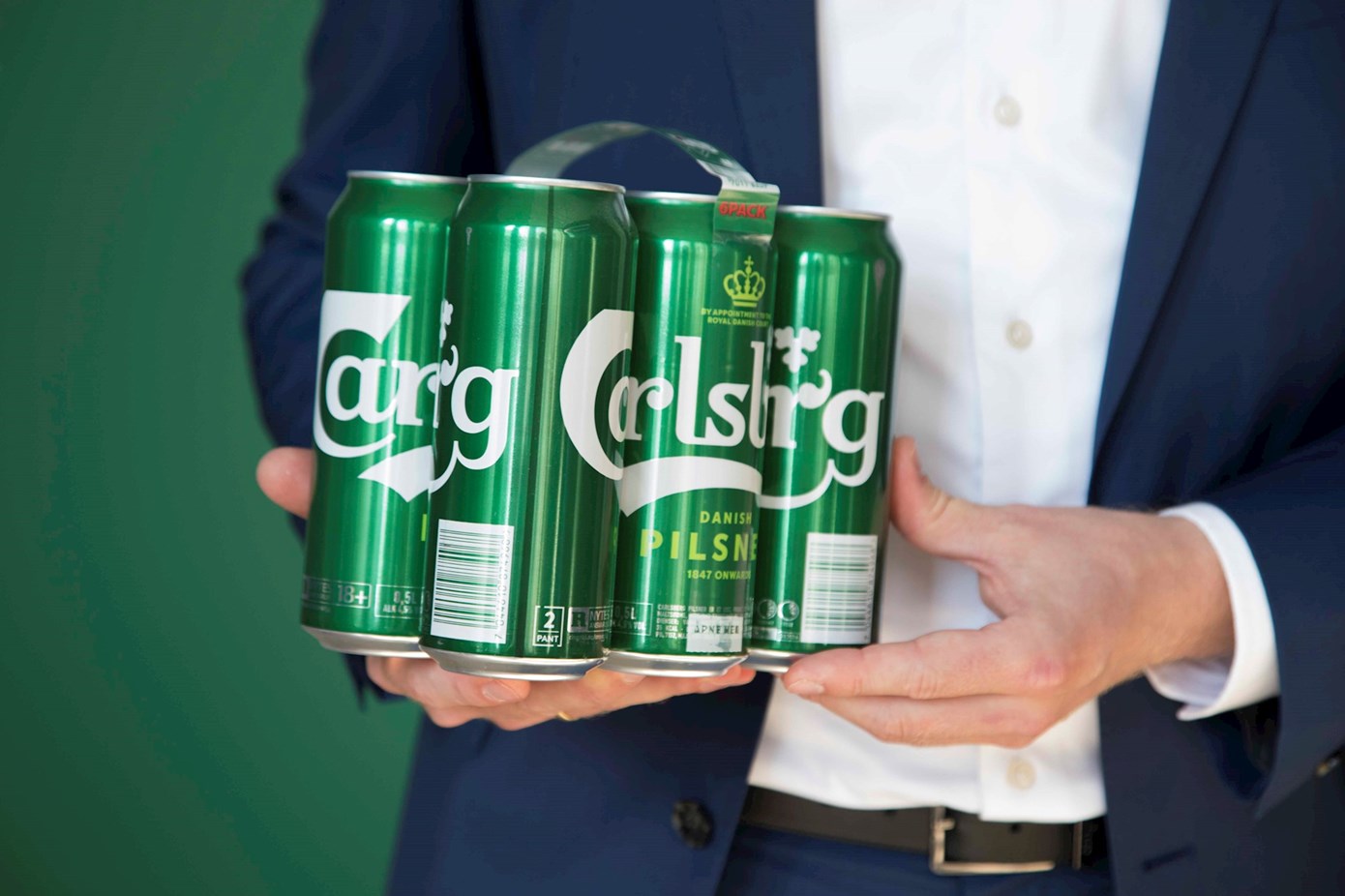 Carlsberg today announced a series of ground-breaking innovations including its new Snap Pack, which is set to reduce plastic waste globally by more than 1200 tonnes a year - the equivalent to 60 million plastic bags.

The Snap Pack replaces the plastic wrapping used around Carlsberg's six packs with a pioneering technology that glues its cans together. A world first for the beer industry, it will reduce the amount of plastic used in traditional multi-packs by up to 76%.

Three years in the making, the Snap Pack is just one of Carlsberg's sustainable packaging solutions that were announced today

of Carlsberg Group's sustainability programme, Together Towards ZERO, which includes ambitions of a ZERO carbon footprint and ZERO water waste.

They will first be applied on the flagship Carlsberg brand to drive constant reappraisal and refinement. This will further substantiate the iconic tagline of 'Probably the Best Beer in the World´ in a meaningful way - giving consumers a great tasting beer that also helps them reduce their environmental impact. 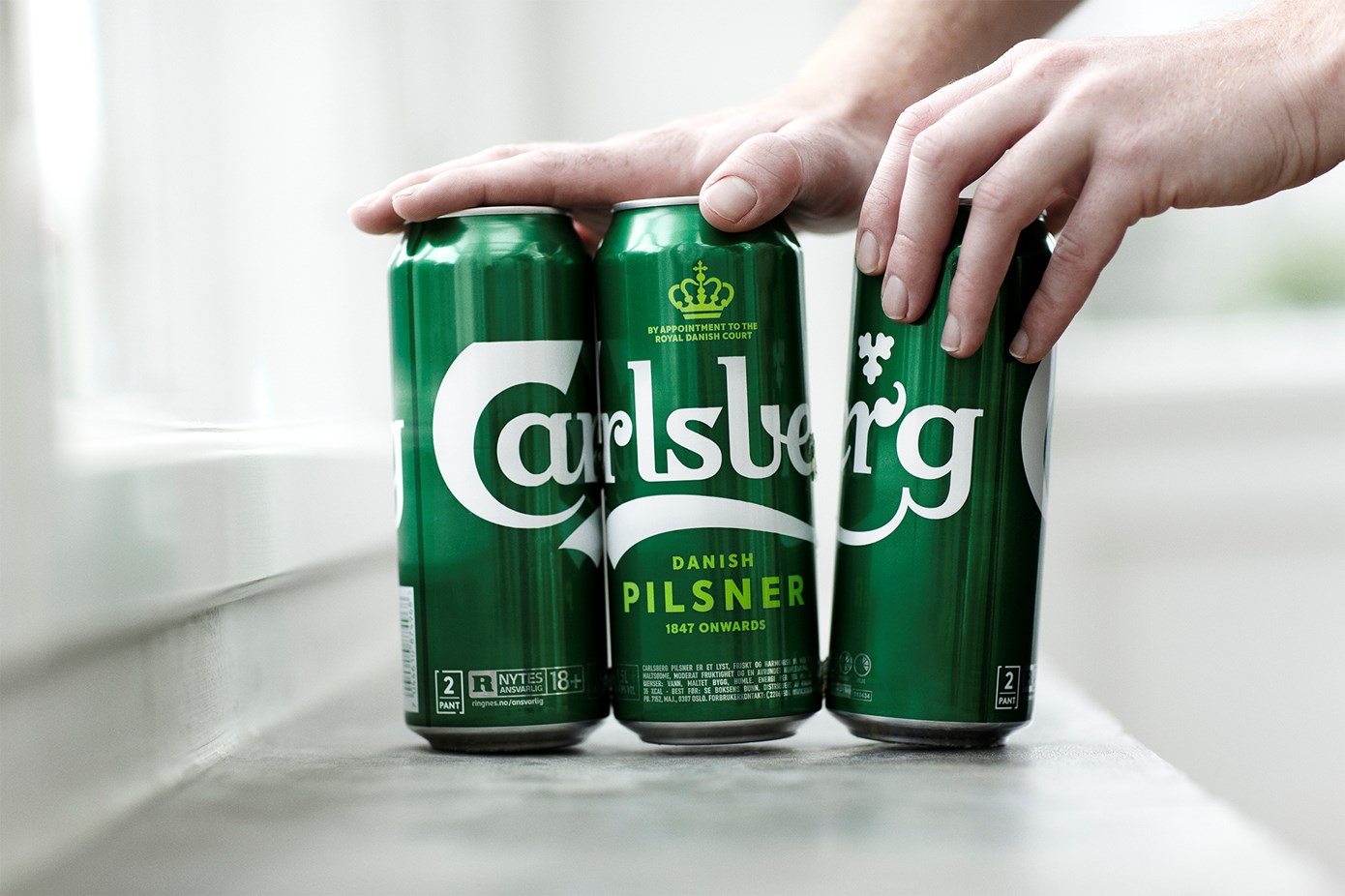 "It's an important day for Carlsberg. We are working hard to deliver on our ambitious sustainability agenda and to help tackle climate change."

"We always strive to improve and today's launch clearly shows our ambition to follow in our founder's footsteps towards a better tomorrow. Carlsberg's Snap Pack will significantly reduce the amount of plastic waste, and we look forward to giving our consumers better beer experiences with less environmental impact."

Carlsberg Group's research teams have worked closely with external partners to innovate in ways that will make a difference to both consumers and the climate.

To accelerate the implementation of its sustainability ambitions, Carlsberg also announced a strategic partnership with Plastic Change, a Danish environmental organisation, in addition to its longstanding dialogue with the WWF on sustainable issues and their impact on both the environment and the world's natural resources.

"Our wildlife is drowning in plastic – and the problem is unfortunately growing considerably. We therefore need to act now. We need less plastic to end up in nature. That is why we consider it huge progress that Carlsberg is now launching solutions that significantly reduce the amount of plastic in its packaging. With these new solutions, Carlsberg has taken the first big steps on the journey towards a more clean and green future."

To celebrate the launch of the Snap Pack, Carlsberg unveiled its own unique version of Copenhagen's Little Mermaid statue made entirely from its new Snap Pack cans. Held together with glue just like the Snap Pack cans, the mermaid 'canstruction' embodies Carlsberg's intent to make beer that is not only great tasting but is also better for the environment.

Three metres high, the new installation features a rising tide of 137 kilograms of plastic – representative of the amount of plastic that Carlsberg will be eliminating every hour (that is 1,200 tonnes a year), thanks to Snap Pack.