Lao Brewery has sights set on further expansion of its domestic business and exports to overseas markets as it sucessfully marked its 45th anniversary last week.

From humble beginnings in 1973, the company has grown from strength to strength to become one of the biggest  beer and beverage group in Asia, Managing Director of the company, Mr Henrik Andersen told the 45th anniversary celebration in Vientiane.

Some of our deliveries of Beerlao took place on horses, today, we have a modern fleet of more than 500 trucks bringing our products to our customers everyday. 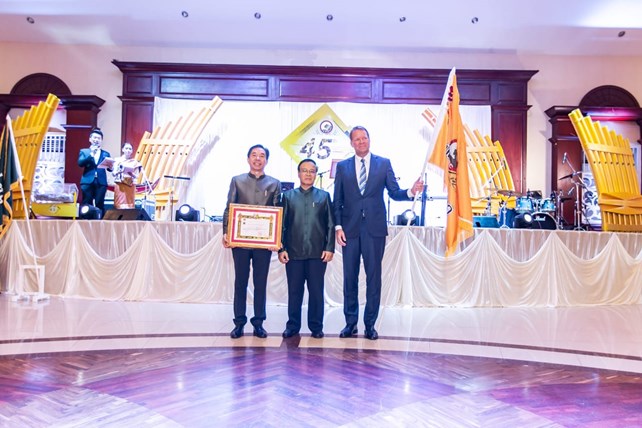 The company started with less than 50 staff but now employs more than 2,000 staff directly ad indirectly the company secures employment for more than 40,000 people in Laos.

Lao Brewery is by far the biggest taxpayer in the country; this year our tax payments will exceed US$250 million. And the company also the biggest corporate charity donor in Laos. Every year, we are doanting billions of kip for charity and support to underprivileged people in Laos.

It's been a year full of challenges. We are navigating through difficult times with more competition, a soft economy, rising costs and unfavourable exchange rate development. LBC is perhaps the most successful joint venture partnership in the history in Laos and it's 170 years history of the Carlsberg Group.

On the occassion, Deputy Minister, Minister of Finance, Mr Somdy Duangdy stressed for the company to continue strengthening its business operations so it could expand into more markets overseas in order to contribute to socio-economic development.

During the celebration, the government also presented labour medals class 1, 2 and 3 as well as certificates to honour the company's board management and staff for their contributions. 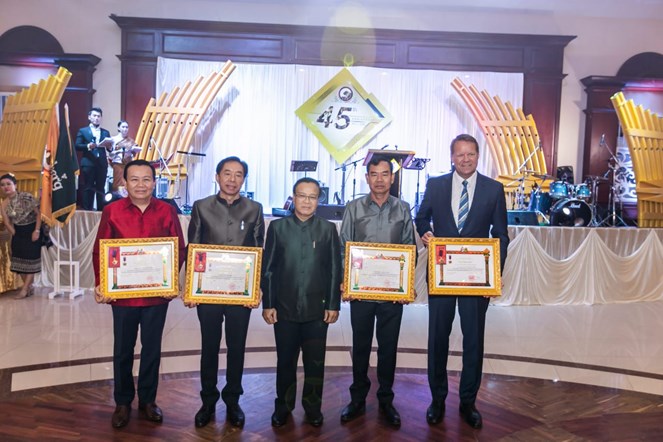